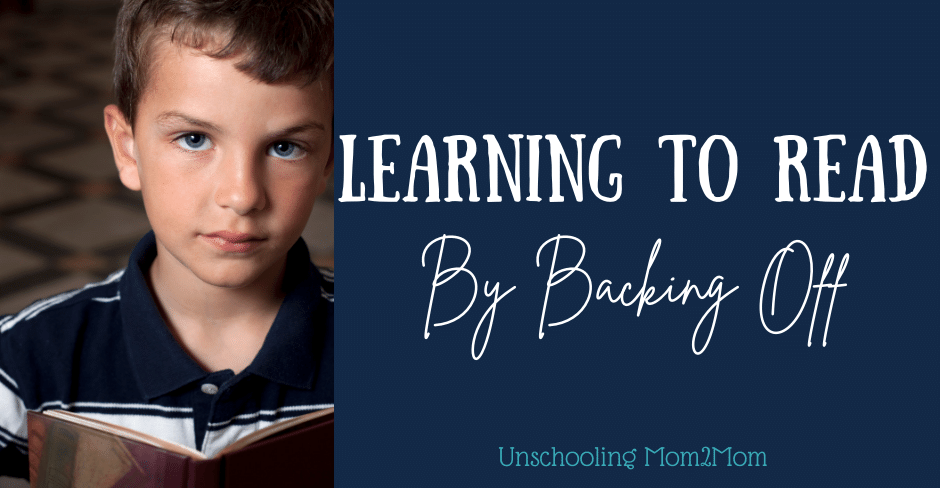 Rebecca Taberski is a grown unschooler in Indiana, unschooling her own three children. She shares her experience with her son here.

Both of my daughters crossed that magical line into reading "fluency" at around the same time ...each in the second half of their 2nd grade year.  . I know there were YEARS of build up, but still, it seemed to happen overnight. Like magic. Their individual journeys to get there were vastly different, but after partnering, guiding, facilitating, and then just plain old staying out of the way, I felt pretty confident that my youngest, a boy, would find his own way, too, in his own time.

He didn't seem to be as interested in the whole reading thing.  Being read to, yes! But not reading for himself.

Being 6 and not interested didn't bother me - not a bit.

Being 7 and not interested didn't bother me - not really.

Being 8 and not interested didn't... wait, that started to bother me.

Ready to find out more?

This Guide WILL Help You!

If you're worried about how your child is going to learn how to read without curriculum,
this full color 20-page mini-magazine is what you're looking for. 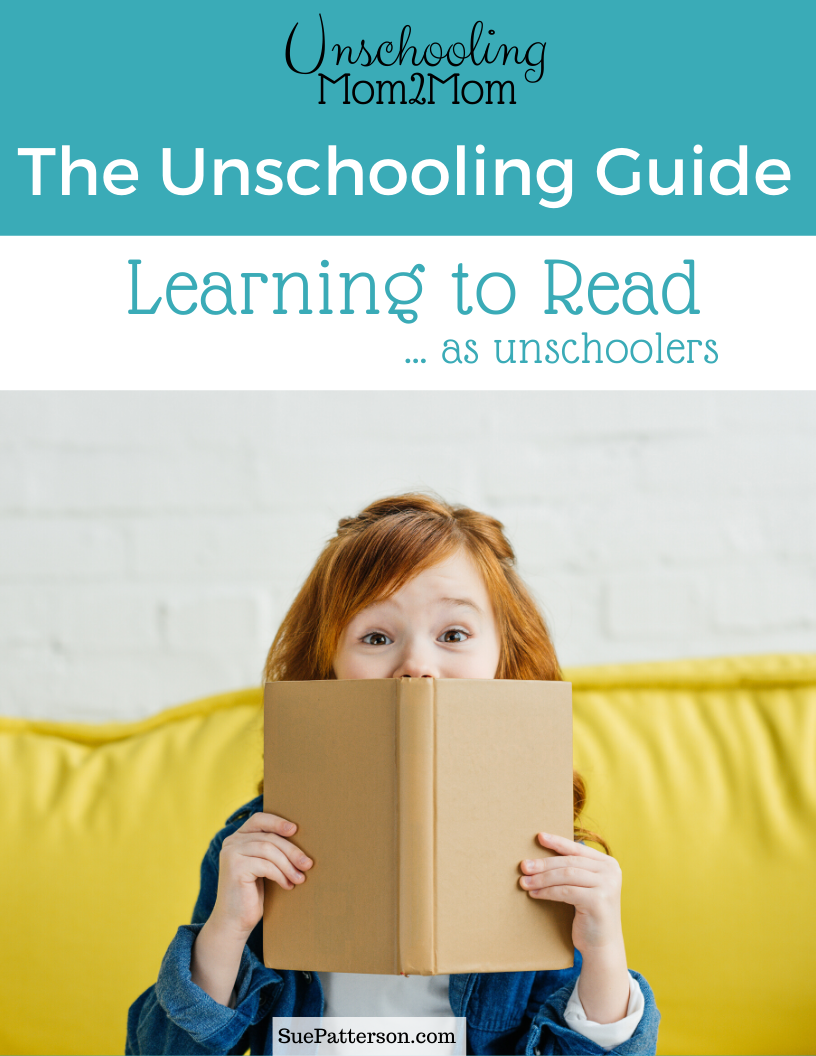 So I tried a little bit of extra "nudging."

Nudging that was not well received by my son.

I'm a big fan of a well-placed, gentle nudge, but it should be noted that continuing to offer unwelcome nudging is nudging no longer - it becomes pushing.

I knew better, and yet here I was - pushing.

So I backed off.

Well, let's be honest here. I backed off after I went ahead and made a bit of a mess of things.

But I backed off.  I took a deep breath and continued on - continued to read to him, answer his questions about what things said in his video games and on television, birthday cards, signs, and books he would look through.

When I read aloud to him before bed, I would still offer to read with him if he wanted.

Sometimes. Sometimes not. And sometimes he wanted to. And sometimes not so much.
And then were times when I didn't offer, that *he* asked.  A book that seemed to click for him, that prompted him to ask more nights than not to read to me, was The Children's Story Bible.

It was at this point in the whole process that this eight year old of mine informed me one night as we were reading together, that he reads all the time during the day.  All the time.

The schoolish part of me (a very teeny tiny part, but still there to rear her disdainful head from time to time) clucked her tongue and said,

"I don't see any of that going on, and if I don't see it and hear it and measure it, then it didn't happen. And besides, whatever it is he's doing is NOT the same thing as sitting down with ME and practicing reading."

I promptly slapped the schoolish part of me. Hard. She didn't even see it coming.

And then I listened to my young son as he matter of factly told me how he reads everywhere we go. How when nobody is watching him or asking him questions, he reads signs.  Street signs, signs in restaurants, at the library, businesses we drive by and stop in...signs EVERYWHERE, ALL THE TIME.

I smiled and told him how awesome that was, and that one day soon he'd be able to read anything and everything without even having to try. He just would,  - just like his older sisters.  . He was still a tad doubtful.

After that conversation, I began to pay a bit more attention.  . I discreetly watched him at moments throughout the day. Watched how observant he was, noticed the times where he stood looking at a sign or a cereal box, ...quietly, sometimes mouthing the words to himself.  . TAnd the unschooler in me went ahead and called forth that schoolish part (the part I'd pimp slapped with relish into a dark, isolated corner).  . "See? Do you see that?  That's how it happens.  . Shame on you for making me doubt, for making me not see the full value and beauty in that."

My son is 9 now and will be a 4th grader this fall.  . He enjoys reading shorter books with lots of pictures or illustrations thrown in here and there.  . As his skills grow, so does his confidence in himself.  . The lure of food coupons and cheap toys through our local library's summer reading program, has prompted yet another burst in his reading fluency.  . So now at night before I read to him, he'll lay there reading a Mr. Putter and Tabby book.

I just sit there with him, keeping him company, waiting for my turn to read to him.  . Sometimes he reads out loud to me. Other times he reads silently to himself, occasionally turning the book around and pointing to a word he can't figure out.

The schoolish part of me would have made him sound it out or figure it out for himself.
But she's cowering in the corner - where she belongs.

And now I simply answer my son's questions.

Rebecca is IN My Book!

Are you worried about the teen years?
Search no further!

I've collected answers from parents' biggest concerns when it comes to choosing an unconventional path for their teenagers!

How did they make friends?
How did they learn what they needed?
Did they get into college? How did that go?
What kinds of hobbies were they interested in?
How's the relationship with their parents now? 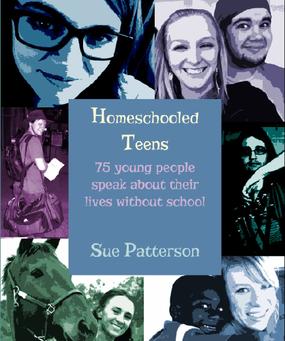