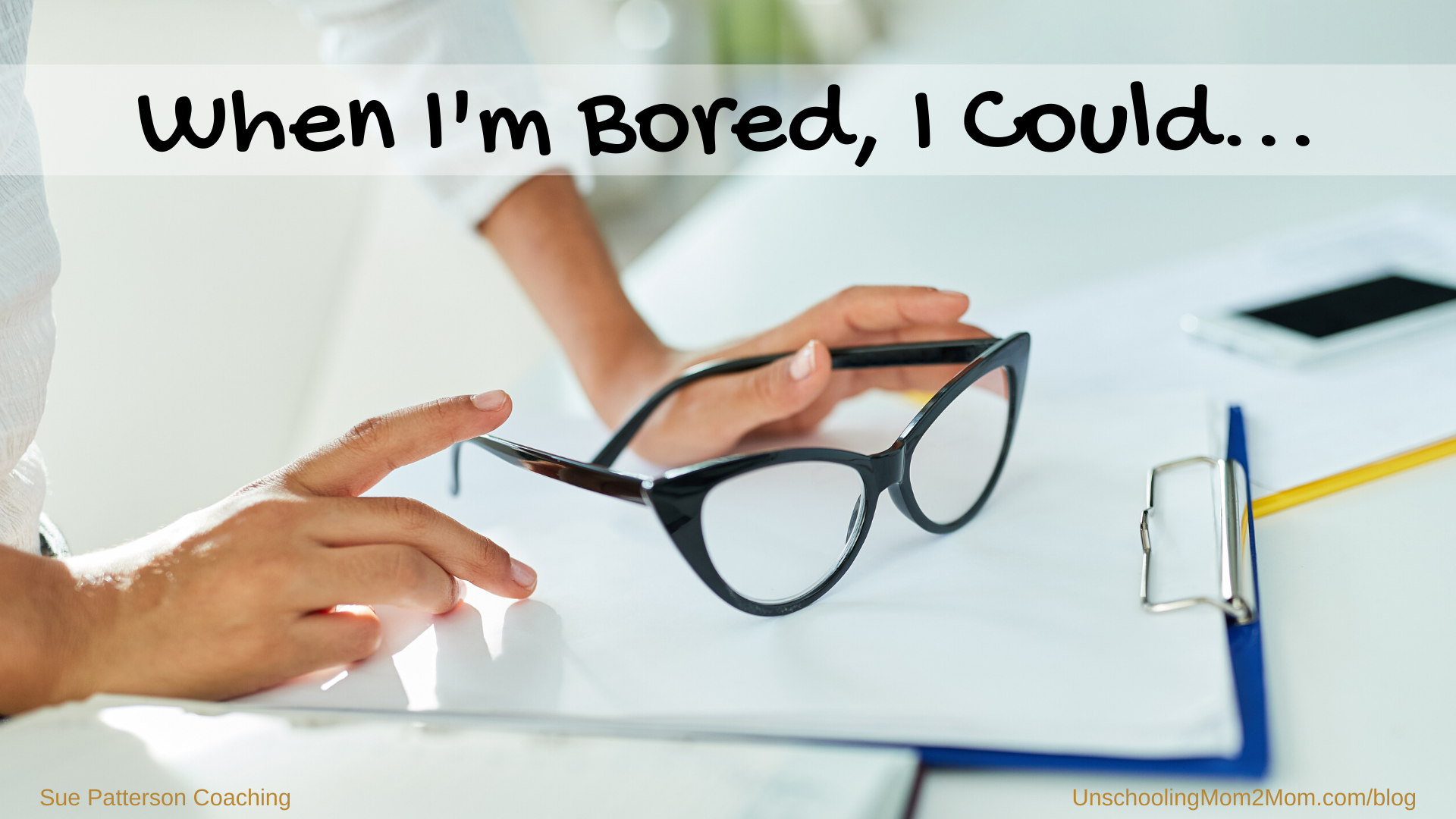 People write a lot about the benefits of letting kids be bored. And while that may give kids the opportunity to figure things out, I tend to want to help them when they are uncomfortable.

My family was an average suburban middle class family. In the beginning, my kids went to school just like everyone else. But when it didn’t work out as well as I had hoped it would, we explored our options and started homeschooling.  It took us a while to figure out our rhythm and how we wanted to approach learning and life.

But we learned a few things along the way.

When my son first came home from school, he complained of being bored. He had been SOO over-scheduled – if I wasn’t directing him in some way, his teacher was. He got up in the morning, ate the breakfast I had prepared for him, got on the bus that took him to his next 8 hours, then back home again to me. He was offered a snack choice and then we’d be off and running again. But he never really figured out how to manage his own time or make his own way.

One thing we did, and parents could maybe do it for each of their kids: We walked around the entire house with a clipboard and he and I identified fun things he could do if he felt like it.

Every room had several opportunities. We found toys in closets that he had set aside. We set up a few folding tables, so there were more surfaces ready for play. We talked about snacks he could fix without asking for help or even some cooking he could do if he wanted to be adventurous. The backyard, patio and front sidewalk were full of options for building and playing.  Pets needed attention, so that was always an option.  At the time, we had so many books (pre-Pinterest days) full of activities he could do if he wanted to make something.

I recorded all these things for him and when we were done, we taped his, “I’m bored, but I can…” list onto his door. For a while he referred back to it. Then in time, he got more comfortable with finding his own interests.

Sometimes kids say, “I’m bored,” because they need more connection with their parents. But sometimes they just need a little help figuring out what they can do with their time. 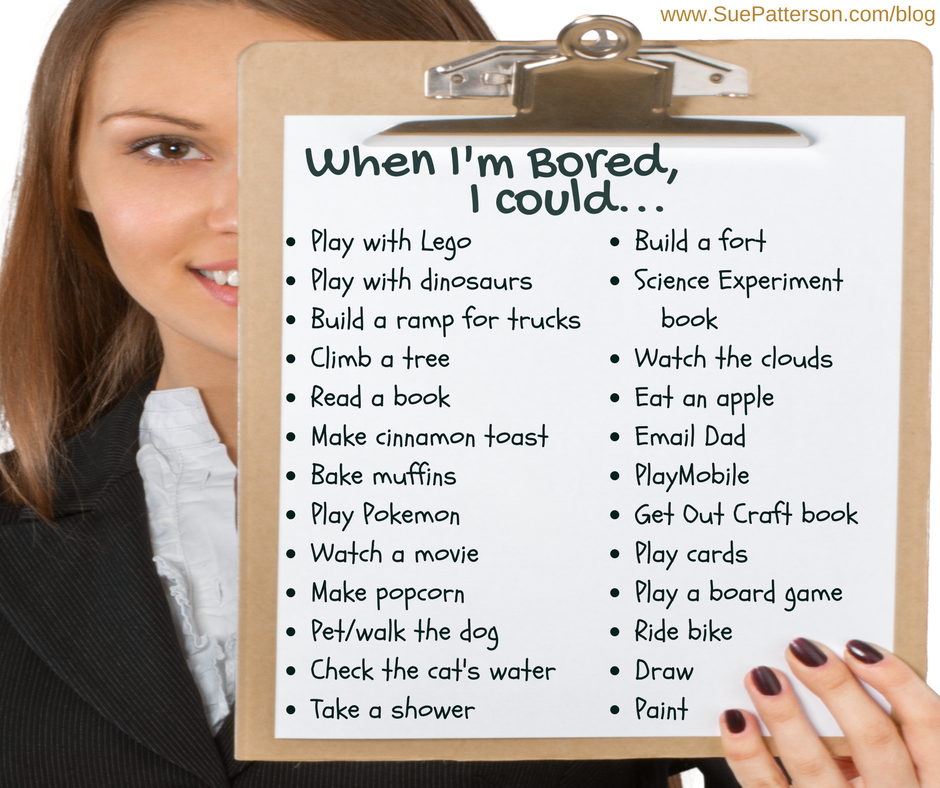