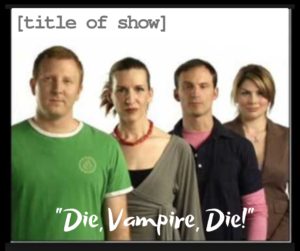 In thinking about writing this article and pondering an appropriate title, I kept coming back to a song that was written for an Off Broadway show a few years back.  The song is called "Die Vampire Die" and it's about all the people (the vampires) who try to suck the life out of your creative work. The song then acknowledges that the worst, most difficult vampire to vanquish is the one inside our own heads. The one who tells us that what we're doing isn't good enough, that we aren't capable and it will all be a disaster.   In the song they are talking about singing, writing and acting, but the premise can easily be applied to unschooling.

I mean, what DO we think we are doing??

It seems like yesterday that our daughter and son were little, and we'd go to playgrounds several times a week to hang out with other homeschoolers. [In NYC the community is so diverse and eclectic that we never knew who was homeschooling, unschooling or something in between, so in groups we were all homeschoolers, just for the sake of simplicity.]  Although most of my memories from that time are good ones, I do remember moments of panic brought on by the unfortunate habit of parents - even unschooling parents - to wax rhapsodic about what their kid was learning; like when I heard another parent go into great detail about how her 9 year old son was learning everything he could get his hands on about the Ming Dynasty.   The Ming Dynasty? I mean, we'd never even TALKED about the Ming Dynasty! I looked over at my two (happily) Ming Dynasty ignorant children in despair. Was I a failure as an unschooling parent?

Of course I'm joking - mostly.  I was always fairly confident in our chosen path, because the proof was in our happy, healthy kids who experienced childhoods filled with tons of free play and as much travel as we could manage.  But it's completely normal to have doubts. I used to say it was my "school brain" kicking in, since it is impossible to divorce ourselves entirely from our own training and our society's complete focus on school as THE barometer for everything in a child's life.

Now our daughter Maya is 19 and has completed her first year of college (more on that in a bit) and our son Ben is 15 and thriving at home while many of his friends have entered the NYC high schools.   While we were fortunate to have the incredible support of everyone in my family - if there were doubts they wisely kept them to themselves - other people asked all the questions with which I know you're familiar.

"What if they want to go to college?"

"How do you know if they're learning what they need to know?"

"Don't you have to test them to make sure they aren't falling behind?"

This last one was always asked with a bit of extra terror, as if the person knew Algebra was the key to life but shuddered in horror at the idea of having to face it again by teaching it to their kids.

As pre-teens, neither of our kids had more than a passing interest in anything "academic".   We let them spend their days building stuff, drawing on walls, taking art and rock climbing classes, playing, cooking, sewing and generally just running amok.

As Pat Farenga says, "Unschooling is giving kids as much freedom as the parents can stand."

Which I think is pretty spot on. We pushed our own limits in that regard, and there were days when I really wanted to yell, "Because I said so!!" and be done with it.  And, oh, there were days when I yelled - no peacefully zen earth mother to be found here, for sure - but hey, no one is expecting any of us to be perfect.

Maya was an early reader and of course I took credit: "Look at what a great teacher I am, to have instilled a love of learning in my young child!" Then Ben came along and didn't read until he was close to 7; so much for my amazing teaching skills!  I read books to them and would periodically bring in projects for us to do together. The joke in our family is that we never met a science project we couldn't ruin. I don't believe we ever did one that worked the way it was supposed to. Because we live in New York, I turned in quarterly reports and starting in 5th grade each kid took a standardized test at home at the end of the year.  But it was all kind of laid back and easy. Except of course for the mild panic attacks (see "school brain", above.)

As our kids got older, they both took charge of a lot of their learning, but still, we were running mostly on faith that it would all work out. Upon entering her official 9th grade year, Maya began showing interest in academic classes and signed up for several taught through our local homeschooling organization.   Ben, who is currently in his 9th grade year, has sort of followed suit, although his interests still lie mainly in music and gaming and not structured academics.

And then she decided she wanted to go to college.

For those of you who are wondering how your unschooled, freedom loving kid will do if they decide to go to college, I'll bury the lede here and tell you that our always unschooled daughter just finished her Freshman year at Cal State Fullerton and made the Dean's list in both the first and second semester.

Let me stress that I believe it should be the child's choice whether or not they attend college. Period.  If you are preaching college to your unschooler, my advice is to drop it. Let them figure it out. There are many, many wonderful life paths that do not include going to a 4-year college or university.  If I'm being honest, I would have loved for Maya to decide to backpack across Europe for a year, or at the very least, if college was a must, go to a university in England or Germany and who cares what you study because you are living in Europe!

But our daughter was unequivocal.  She wanted to go to college and she wanted that college to be in California.  So my part of "making sure she had what she needed" included the following: 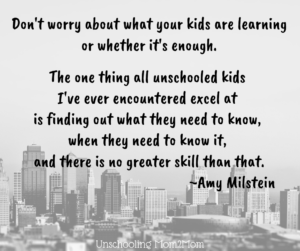 I helped her with logistics and details.  We never asked if she was studying or pushed her in any way.  When we spoke we made it clear that it was her decision and therefore her responsibility to prepare in whatever way she needed.  We would of course be there to help answer questions or chip in if she requested it. Everything else was on her.

She applied to six schools in California - three Cal State schools and three UC schools, and Ithaca College in upstate New York. She prepared all of her applications one afternoon in the Fall of her official Senior year, and then she went on an Unschool Adventures trip for 8 weeks to Southeast Asia.   While she was gone, she was accepted to Ithaca and offered a hefty scholarship, at which point we all breathed a sigh of relief. California doesn't send any acceptance letters until March, so we were on hold for a few months, which of course gave me time to ponder the possibility that they would look at our homemade transcripts and our years of sewing, cooking and art classes and say "you must be joking".   But they didn't. She got into five of the six schools to which she applied and chose Cal State Fullerton.

At college, she has thrived.   She is continually shocked by how little her always schooled peers know about academic subjects.  I think she expected that since she'd never done a ton of academics, she'd have to play catch up. Nothing was further from the truth.  She loved her first year, and I must say I took more than a little pleasure in telling people she was killing it in college. Especially the people who, over the years, would say, "but without having gone to school, how will she be able to function in a classroom setting and do homework?"

Don't get me wrong, if she'd hated college and wanted to leave, or had struggled, we'd have been right there with her, supporting whatever she wanted to do.  And if next year things change and she wants to go a different route, that will be fine too. Nothing is set in stone. Nothing is irrevocable.

But I believe that when decisions are not made for our kids but by them with our support, the results are usually positive. 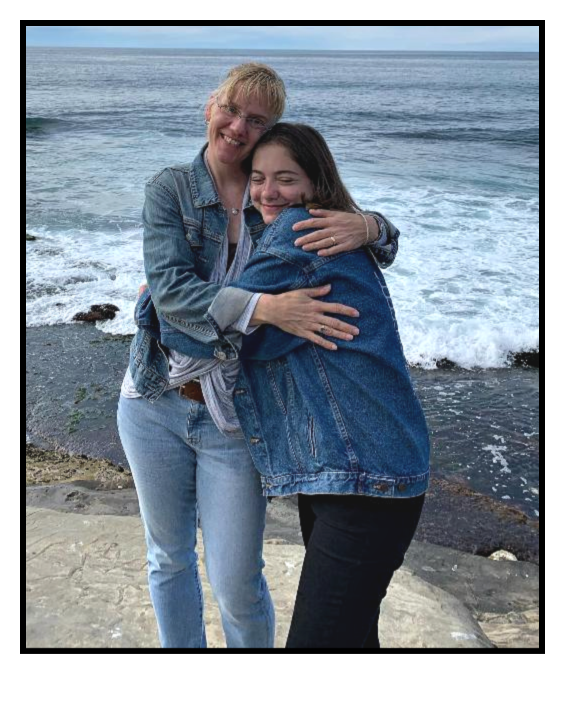 So to all of you out there with young children who are just starting on this long journey?   Breathe. Enjoy it. Take pleasure both in the easy days and the challenging ones. Know that if something isn't working, you can change it.  Don't worry about what your kids are learning or whether it's enough. The one thing all unschooled kids I've ever encountered excel at is finding out what they need to know when they need to know it, and there is no greater skill than that.   If your kids decide they want to go to college, they will absolutely be able to do that. If they don't, that's great, too.

And during those dark nights when the whispers of doubt creep in?  Take a breath, think of your kids and stake those vampires right through the heart.   I promise you, you'll be happy you did.

Amy Milstein is a New York city unschooling mom. She blogged about unschooling when her children were younger, but now her focus is photography - she's really good!  Here's a link to her website. She focuses almost entirely on documentary style photography because, as she says, "the best moments in life are always unscripted, and so are the photos that capture those moments!"
You can follow her on Instagram too! @amilsteinphoto

One thought on “An Unschooling Path to College”